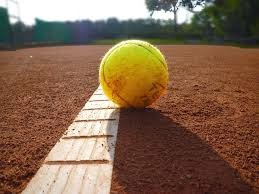 It’s Australian Open time again and although I’ve never been much of a tennis fan, it’s hard not to get caught up in the hype when you live in Melbourne, Australia. As with most sports, I enjoy the backstory much more than the game itself; the people, the personalities, the off-court antics. The public flirting between Australia’s Nick Kyrgios and two-time women’s champion Victoria Azarenka has been amusing to follow on Twitter but there’s another male-female relationship that has really caught my attention this year. The coaching partnership between British number one Andy Murray and former world number one Amélie Mauresmo.

Perhaps I’m just naive but until it came up on a post-match interview with Murray, I had not appreciated that this was only the second time a woman had coached a men’s top 10 player. Apparently the “courageous decision” (as it has been dubbed for both of them) attracted a lot of criticism and sadly a brief Google confirms it to be true. Many folks feel that a man can only be coached by a man. Interestingly it seems perfectly acceptable (and has been for a long time) for a woman to be coached by a man or a woman which completely destroys the theory that only coaches of the same gender can effectively coach.

I’m pretty sure that none of my readers need an education on why this is a narrow-minded and archaic view so I won’t dwell on the point. Far more interesting to me is the question of what DOES make the “perfect match” in a coaching partnership? I can’t be sure that Andy Murray considered these in his decision but from my research and discussions with coaches and clients alike, the following five factors stand out and should serve as a useful guide for anyone considering entering into a coaching partnership.

Like many markets, coaching has the potential to be opened up considerably by technology. Whereas previously, an individual’s choice of coach was limited by geography (who they could meet within a reasonable proximity to their home or workplace) the internet now means that technically anyone can be coached anywhere they have an internet connection by anyone else who has an internet connection. The upside is many more coaches to choose from and hence a better chance of finding the right coach for you. The caveat is that now modality becomes a decision criteria in matching coaches and clients. Some clients will have a learning style that enables or even preferences online video or text based coaching and similarly some coaches will work better with these newer mediums. For others, physical proximity will be a deal-breaker so understanding the modal preferences of both the client and coach is a key requirement.

Like any partnership, a coaching relationship can only be effective if both the client and coach are heading in the same direction. Goal setting is often (but not always) a feature of coaching, which helps to focus both client and coach on the same outcomes. Setting expectations up front and having a formal process for ‘checking in’ along the way helps to ensure alignment is established at the outset and maintained for the duration.

Perhaps the most important element of a successful coaching partnership is the trust that is established and continues to develop between client and coach. Given many clients are seeking independence and impartiality from their coach it is quite likely they will prefer to engage someone who is not already known to them, either personally or professionally. They must therefore find other ways to quickly establish trust such as references (evidence that the coach has helped others with similar needs) and credentials (do they have relevant qualifications and experience). Gut feel is also helpful here and as the saying goes, ‘trust your instincts’. If it feels right, it probably is. If it doesn’t, it probably isn’t!

Having worked as a procurement professional in big corporates for over a decade, I am personally very well versed in the importance of having clearly defined requirements in any buying or investment decision. Coaching is no different and the success of a match will be heavily influenced by how clear both the client and the coach are on what they bring to the relationship. For clients, how well do they understand (and how well can they articulate) their objectives? Do they even know why they want a coach and what sort of coaching they are looking for? For coaches, how well do they understand their value proposition? Do they know specifically for what sort of clients and under what circumstances they can get their best results? Clients and coaches who have done their homework on themselves can expect significantly better outcomes from their coaching partnerships.

OK, so I made that word up but the point is this. A successful coaching partnership must be based on a very real human connection. That doesn’t mean physical proximity… you can have a human connection with someone online and even someone you’ve never met or spoken to. The key to humanicity is responsiveness. Does it feel like client and coach ‘get’ each other or might they just as well be reading from a book (or blog?) There is plenty of best practice advice and training out there on every subject imaginable… from tennis, to leadership to neology. And its available typically for a lot less of an investment in both time and money than coaching. The value that great coaching adds is humanicity. The ability to listen, interpret and contextualise, providing advice and guidance that is relevant to an individual’s circumstances. If the humanicity isn’t there, it’s not a good match for either the coach or the client.